For nearly three decades, Commonweal, through its Juvenile Justice Program, has been an active and influential advocate for reforms of the California juvenile justice system.  Now, the Governor has signed historic legislation (SB 823) that will permanently close the state’s youth prisons system, shifting all state-committed youth to county facilities and programs. This webinar will explore the impact of the closure bill on law enforcement, probation, and other government agencies as well as the impact on youth and community organizations. Join TNS Host Steve Heilig in conversation with David Steinhart—the Juvenile Justice Program Director who helped lawmakers draft the reform bill. 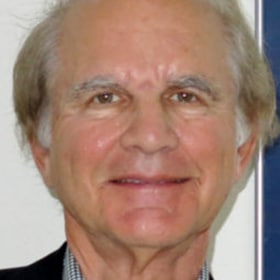 David has been the director of the Commonweal Juvenile Justice Program since 1992. He is recognized, both within California and nationally, as an advocate, expert and author on a wide range of youth justice issues. In California, David was a prime architect of the landmark 2007 juvenile justice realignment law (SB 81) that moved non-violent youth out of the state Division of Juvenile Justice and into local control with more than $100 million per year million in state funds. David also co-drafted California’s Juvenile Justice Crime Prevention Act which has provided local agencies with more than $100 million per year in state funds for youth programs since its inception in 2000.

On the national front, David is the principal advisor on detention risk assessment to the Annie E. Casey Foundation’s Juvenile Detention Alternatives Initiative (JDAI)—now active in 37 states. David has trained justice system personnel on detention reform in more than 30 states. He is the author of the JDAI Practice Guide on Juvenile Detention Risk Assessment.