Join Michael Lerner in conversation with Gregory Orr, considered by many to be a master of short, lyric free verse. Much of his early work is concerned with seminal events from his childhood, including a hunting accident when he was twelve in which he accidentally shot and killed his younger brother, followed shortly by his mother’s unexpected death, and his father’s later addiction to amphetamines.

WARNING: Because of the subject matter, listeners should be prepared for what is, to some, emotionally difficult content. 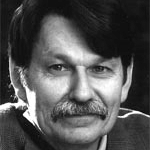 Gregory was born in 1947 in Albany, New York, and grew up in the rural Hudson Valley. He is the author of nine collections of poetry, including How Beautiful the Beloved (Copper Canyon Press, 2009); Concerning the Book that is the Body of the Beloved (2005); The Caged Owl: New and Selected Poems (2002); Orpheus and Eurydice (2001); Burning the Empty Nests (1997); City of Salt (1995), which was a finalist for the L.A. Times Poetry Prize; and Gathering the Bones Together (1975).

He is also the author of a memoir, The Blessing (Council Oak Books, 2002), which was chosen by Publisher’s Weekly as one of the fifty best non-fiction books the year, and three books of essays, including Poetry As Survival (2002) and Stanley Kunitz: An Introduction to the Poetry (1985). Read more about Gregory Orr on Poets.org.