Join TNS Host Eric Karpeles for a conversation with poet Jane Hirshfield. Jane’s poems, described as “radiant and passionate” in The New York Times Book Review, “magnificent and distinctive” by The Irish Times, and “among the pantheon of the modern masters of simplicity” in the Washington Post,  have appeared in The New Yorker, The Atlantic, The  Times Literary Supplement, The Paris Review, Poetry, Harper’s, The New Republic, The American Poetry Review, and eight editions of The Best American Poetry. Her new book, The Beauty (Knopf, 2015), appears  along with a new book of essays, Ten Windows: How Great Poems Transform the World (Knopf, 2015). 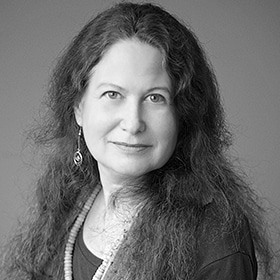 Jane is the author of eight books of poetry, including The Beauty (Knopf, 2015) and Ten Windows: How Great Poems Transform the World (Knopf, 2015); Come, Thief (Knopf, 2011); After (HarperCollins, 2006), named a best book of the year by The Washington Post, The San Francisco Chronicle, and The Financial Times (UK); and Given Sugar, Given Salt (HarperCollins, 2001), a finalist for the National Book Critics Circle Award. Her previous collection of essays, Nine Gates: Entering the Mind of Poetry (HarperCollins, 1997), is considered a classic. Her many honors include The Poetry Center Book Award, the California Book Award, the Northern California Book Award, the Donald Hall-Jane Kenyon Award in American Poetry, Columbia University’s Translation Center Award, and fellowships from the Guggenheim and Rockefeller foundations, the Academy of American Poets, and the National Endowment for the Arts. In 2012 she was elected a Chancellor of the Academy of American Poets.