Join TNS Host Michael Lerner in a conversation with and presentation from John Marks and Susan Collin Marks, co-founders of the world’s largest conflict transformation non-profit organization: Search for Common Ground. They talk about the about the accumulated experience of Search for Common Ground, which grew out of meetings at Esalen in the early 1980s, and is now successful in 35 countries on four continents with 560 staff members. John and Susan will show how it is possible to deal constructively with conflict in the world’s highly contentious places—and in our lives—and how the two are connected. 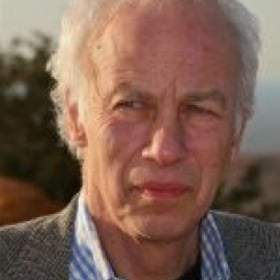 John founded Search for Common Ground 32 years ago and in September stepped aside from his role as president. He was also founder and president of Common Ground Productions, and he remains a senior advisor to both. A best-selling, award-winning author, he was a U.S. Foreign Service Officer, a U.S. Senate aide, a fellow at Harvard’s Institute of Politics, and a visiting scholar at Harvard Law School. He is a Skoll Awardee in Social Entrepreneurship and an Ashoka Senior Fellow, and he holds an honorary doctorate from the United Nations University for Peace in Costa Rica. 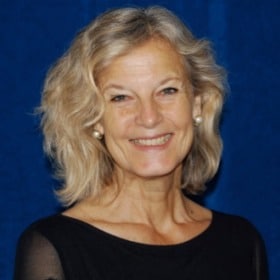 After 20 years, Susan stepped aside as senior vice president of Search for Common Ground in September—she remains Peace Ambassador. For more than 25 years, she has worked worldwide establishing peace-building programs, facilitating dialogues, mediating conflicts, and coaching political leaders. A native South African, she was deeply engaged in her country’s transition from apartheid to democracy, captured in her book Watching the Wind: Conflict Resolution during South Africa’s Transition to Democracy (U.S. Institute of Peace, 2000) (Arabic, Dar Al Ahliah, Amman, Jordan, 2004.)

Honors include a Jennings Randolph Peace Fellowship at the United States Institute of Peace, the Institute for Noetic Science’s Creative Altruism Award, a Skoll Fellowship for Social Entrepreneurship, and an Honorary Doctorate from the United Nations University for Peace in Costa Rica. She was portrayed in the PBS documentary Peace X Peace: Women on the Frontlines. Susan believes that our common humanity binds us together more than our differences divide us. She works to make it so.