Join us for a conversation with TNS Host Michael Lerner and film maker Lata Mani about her life and her new film, The Poetics of Fragility. The film is a kaleidoscopic exploration of the texture, vitality, and aesthetics of fragility filmed in the San Francisco Bay Area in September 2015 by co-directors Lata Mani and Nicolás Grandi. Watch the film trailer below and find out more information. 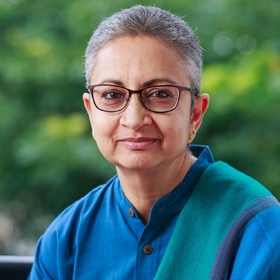 Lata is a feminist historian, cultural critic, contemplative writer, and filmmaker. She has published on a broad range of issues, from feminism and colonialism, to illness, spiritual philosophy, and contemporary politics.  She is the author of The Integral Nature of Things: Critical Reflections on the Present (Routledge 2013), Interleaves: Ruminations on Illness and Spiritual Life (Yoda 2011), Sacred Secular: Contemplative Cultural Critique, (Routledge 2009) and Contentious Traditions: The Debate on Sati in Colonial India (University of California Press 1989).