Join Host Lyons Filmer in conversation with law professor, advocate, author, and mother Lara Bazelon about embracing imbalance when it comes to work, life, and motherhood. Lara’s recent book, Ambitious Like a Mother: Why Prioritizing Your Career Is Good For Your Kids, was published in April.

This is the second conversation in our Empowering Women in Today’s World series, co-presented with the Mesa Refuge. Both English and Spanish-language audio podcasts are posted, and the video has Spanish-language captions enabled. You can find all of the recordings on Apple Podcasts, SoundCloud, Spotify, Amazon Podcast, and YouTube. You can follow us at any of these platforms to get automated notices of new recordings. 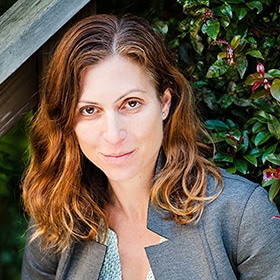 Lara is a professor at the University of San Francisco School of Law where she directs the criminal and racial justice clinics.  From 2012-2015, she was a visiting associate clinical professor at Loyola Law School and the director of the Loyola Law School Project for the Innocent. She was a trial attorney in the Office of the Federal Public Defender in Los Angeles for seven years. As a 2017 Jacob and Valeria Langeloth Foundation Criminal Justice Fellow at the Mesa Refuge, Lara used her residency to complete her well-received book Rectify: The Power of Restorative Justice After Wrongful Conviction (Beacon Press 2018). 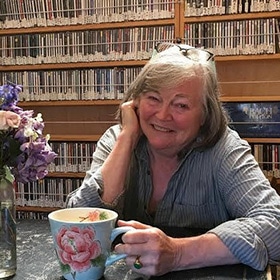