The Learning Community Series at The New School 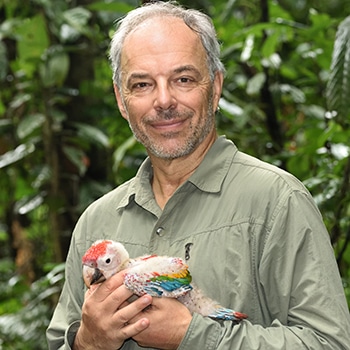 Carl Safina’s lyrical non-fiction writing explores how humans are changing the living world, and what the changes mean for non-human beings and for us all. His work fuses scientific understanding, emotional connection, and a moral call to action. His writing has won a MacArthur “genius” prize; Pew, Guggenheim, and National Science Foundation Fellowships; book awards from Lannan, Orion, and the National Academies; and the John Burroughs, James Beard, and George Rabb medals. He grew up raising pigeons, training hawks and owls, and spending as many days and nights in the woods and on the water as he could. Safina is now the first Endowed Professor for Nature and Humanity at Stony Brook University and is founding president of the not-for-profit Safina Center. He hosted the PBS series Saving the Ocean, which can be viewed free at PBS.org. His writing appears in The New York Times, TIME, The Guardian, Audubon, Yale e360, and National Geographic, and on the Web at Huffington Post, CNN.com, Medium, and elsewhere. His books include the classic, Song for the Blue Ocean. Carl is author of ten books including Beyond Words; What Animals Think and Feel. His most recent book is Becoming Wild; How Animal Cultures Raise Families, Create Beauty, and Achieve Peace. He lives on Long Island, New York, with his wife Patricia and their dogs and feathered friends. More at CarlSafina.org  and SafinaCenter.org .