Join Michael Lerner in conversation with social visionary Duane Elgin, best selling author of Voluntary Simplicity: Toward a Way of Life that is Outwardly Simple, Inwardly Rich; and Changing Images of Man, which was co-authored with Joseph Campbell.

For more than three decades, Duane has defined the cutting edge in consciousness research, in the ecology movement and in future studies. Duane Elgin pioneered the “Voluntary Simplicity” movement with his now classic first book of the same name. 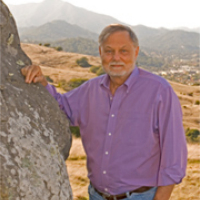 Duane is a social visionary who looks beneath the surface of the turbulence of our times to explore deeper trends transforming our world. In 2006, Duane received the International Goi Peace Award in Japan in recognition of his contribution to a global “vision, consciousness, and lifestyle” that fosters a “more sustainable and spiritual culture.”

His books include: The Living Universe: Where Are We? Who Are We? Where Are We Going? (2009) and Voluntary Simplicity: Toward a Way of Life that is Outwardly Simple, Inwardly Rich (2010). With Joseph Campbell and others he co-authored the book Changing Images of Man (1982). He worked as a senior social scientist with the think-tank SRI International where he coauthored numerous studies of the long-range future. He has also studied ESP and human consciousness in depth.