Join TNS Host Ladybird Morgan for a conversation with two young women filmmakers who are finding their voices through film and other media. They share their view of what is happening in our world, what they see is possible, and how the arts can be a way to shape the voices of culture.

We share two of their short films (2 minutes) during the webinar. 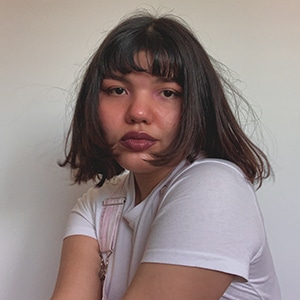 Isabel is an eighteen-year-old artist who spends the preponderance of her time scrapbooking, painting, writing poetry, and watching films. She watches films the way others listen to music: religiously and constantly. She works at The Armory Center for the Arts and presently attends Pasadena City College. Isabel has a passion for parks and recreation and aspires to be employed as a Death Valley Park Ranger. She unwaveringly loves the untouched earth, the sand dunes, and the hemorrhage of stars in the desert’s sky. 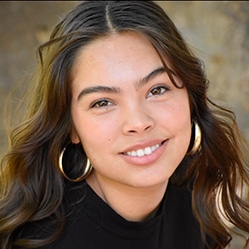 Anika is a 17 year old, Latinx, actress/screenwriter who is currently working on an original TV show. Anika is also an academic and attends her local high school as well as Santa Barbara City College, with hopes of getting degrees in both film and English. Anika prioritizes diverse representation, and believes that everyone has a story worth telling. 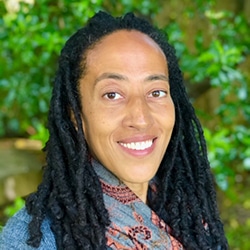 Ladybird is program director and co-founder of the Humane Prison Hospice Project, and has been working in end-of-life care as a registered nurse, clinical social worker, and educator for 20+ years. She has worked with organizations including The Zen Hospice Project and Doctors Without Borders (MSF). Ladybird has guided medical practitioners, families and private caregivers to find their clearest voice as they step across significant thresholds in life and in preparing for death. Currently she facilitates the training of The Brothers Keepers Peer Support/ End of Life Caregiving at San Quentin, is a Palliative Care consultant with Mettlehealth.org, co-facilitates Last Acts of Kindness with Redwing Keyssar, and supports Commonweal’s Cancer Help Program, Healing Circles, and The New School.