Hear the inauguration of our newly gifted grand piano with a concert by Bolinas composer-pianist Suzanne Ciani. Suzanne performed original compositions for piano solo, followed by a conversation with TNS Host Michael Lerner. 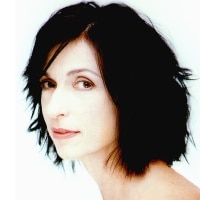 In the early nineties, Suzanne relocated to Bolinas from New York City to concentrate on her artistic career after 20 years as a leader in the field of sound design for film and television, creating award-winning music for a host of high profile Fortune 500 clients. Additionally, she has the recognition of being the first woman hired to score a major Hollywood feature, scoring the Lily Tomlin feature The Incredible Shrinking Woman. Suzanne also brought her special talents to games, scoring original musical FX for Bally’s Xenon Pinball and becoming the first female voice in a game; the story of her creative work became the subject of a television segment of Omni Magazine, hosted by Peter Ustinov.

In 1995, she established her own record label, Seventh Wave, after many years as an artist on major labels (Atlantic, Private Music/Windham Hill/BMG/Sony). In addition to her fifteen albums, she has published four books of original piano music through the Hal Leonard Corporation. Her signature composition, “The Velocity of Love,” appears in numerous anthologies of romantic music.

Ciani is a graduate of Wellesley College and holds a Masters in Music Composition from U.C. Berkeley.