This conversation with host Michael Lerner and Ted Schettler explores how Ted’s exploration of the effects of chemical contaminants on environmental health have led him into a comprehensive perspective on the interaction of genes, gene expression, nutrition, stress, income disparities, chemicals, and many other factors in human health.

But I do think if we’re able, in the far distant future, to look back on this period of time we will see that the period of time in which we’ve been living was characterized by an extraordinary and unjustified faith in the development of technologies that were not at all invented in the wisdom of the world. What I think, at least for me, has characterized the indigenous ways of knowing, thinking and behaving, is that it was born out of a real wisdom of how to be in the world. You know if we look at certain species that have been around for sixty-five million years, there’s a certain wisdom that’s imbedded in these organisms and similarly certain social ways of organizing that are based on a wiser understanding of the world, and so I think that it’s truly essential that we try to rediscover that as part of this effort toward restoration and building resilience. 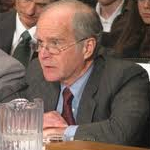 Ted is science director of the Science and Environmental Health Network. He has a medical degree from Case Western Reserve University and a masters in public health from Harvard University. He is co-author of Generations at Risk: Reproductive Health and the Environment, which examines reproductive and developmental health effects of exposure to a variety of environmental toxicants. He is also co-author of In Harm’s Way: Toxic Threats to Child Development, which discusses the impact of environmental exposures on neurological development in children. He has published a number of articles on related topics in peer-reviewed journals and has served on advisory committees of the U.S. EPA and National Academy of Sciences.