~Part of the Roots of Resilience in An Age of Crisis event series; co-presented with Real Food Media and the Northwest Atlantic Marine Alliance~

Sea vegetables, shellfish, fish—each species has its own story, culture, and policy issues. These species, their environments, and the cultures that depend on them are at risk due to agricultural runoff, genetically engineered seafood, and the climate crisis. Peleke Flores of Mālama Hulēʻia and Carl Wassilie of Dam Watch International join Host Tiffani Patton to share stories of resistance against the corporate takeover of the ocean and their efforts to protect keystone species, livelihoods, and cultures along the Pacific Northwest and in Hawai’i.

Photo by Peter Vanosdall on Unsplash

Resilience, Roots of Resilience in an Age of Crisis
Environment, Indigenous, Justice, Nature 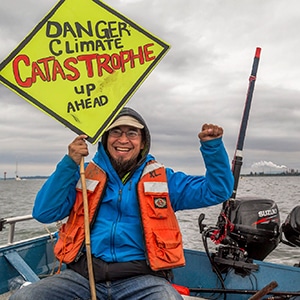 Carl was born and raised in Alaska, rooted deep in salmon culture and Salmon communities. His Yup’ik name is Angut’aq; and has feet in both the Yup’ik and Western worldviews as a Yup’ik biologist. Since the devastating 1989 Exxon Valdez Oil Spill, Carl has worked on defending salmon ecosystems and the communities and Relations on Mother Earth, that depend on them. As the rapid climate warming in the Arctic has brought natural changes to the marine and terrestrial landscape, Carl has been challenging the military industrial complex expanding North. Carl has worked with sovereign Tribes, First Nations and other communities across Turtle Island to protect the cultural survival of indigenous cultures by resisting oil, gas and mining companies that attempt to colonize some of the last great ecosystems left on the planet. 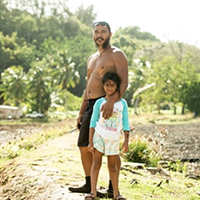 Peleke Flores was born in Hilo, Hawai‘i, and raised in Waimea, Kaua‘i. He is a 2001 graduate of Waimea High School and attended Kapiolani Community College in the Pre-Travel Industry Management Program then transferred to UH Manoa taking up Hawaiian Language and Hawaiian Studies with a special focus on Mālama ‘Āina (Caring for Traditional Hawaiian food systems). He has dedicated over 20 years of his career working and volunteering for ‘Āina Based Non-Profit Organizations and family farms. He served as the Kū Hou Kuapā Coordinator at Paepae o Heʻeia on the Ko’olaupoko district of Oʻahu where a 88 acre 800 year old fishpond is located. His knowledge of mālama ‘āina practices and dry stack wall-building were of great value in the restoration of this sacred space. Peleke currently works for Mālama Hulēʻia where his ʻike and expertise are integral in restoring this wahi pana including the 40 acre, 600-year-old Alakoko fishpond. He is experienced in Traditional Hale Building, Uhau Humu Pohaku (hawaiian dry set), and restoring traditional Hawaiian food systems such as lo’i kalo, lo’i pa’akai, and loko i’a. Pictured: Peleke Flores & Heanula’iulukauikamololani Sakamoto-Flores by Erica Taniguichi, Kalalea Photography. 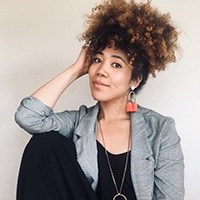 Roots of Resilience in an Age of Crisis