Private detective Tink Thompson was a Haverford philosophy professor who taught Nietzsche and Kierkegaard before he became a sleuth. He has worked on the Kennedy assassination, the Oklahoma bombing, and the Patty Hearst kidnapping. He is a big fan of Dashell Hammett, and he believes you can trace noir detective fiction back to the cultural cataclysm of World War I in Europe and the consequent emergence of European existentialists like Husserl, Sartre and Camus.

Join Michael Lerner in a conversation with Bolinas’s own Tink Thompson about his book, Gumshoe: Sleaze or Existential Hero?, which chronicles his life as a private-eye, and his highly acclaimed book, Six Seconds in Dallas, which analyzed the JFK assassination. 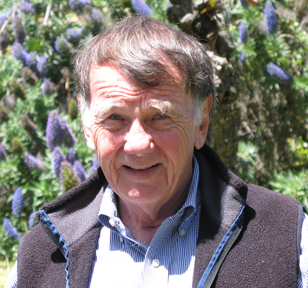 Tink took degrees in Philosophy from Yale, with two years in between as a Navy frogman working on underwater explosives. After finishing his PhD at Yale, Tink became Professor Thompson of Haverford College for several decades.  But for the last thirty years, he has made his living as an investigator. His cases run the gamut from auto accidents to high-visibility criminal prosecutions—from a $100m arson case in France, to a $100m coffee fraud in Colombia. The work has included hundreds of murder cases, including several that garnered national news (e.g., proving the innocence of Chol Soo Lee; investigations on the retrial of the Billionaire Boys Club; and defense of William and Emily Harris on charges of kidnapping Patty Hearst).