One of the most surprising discoveries of modern physics is that objects aren’t as separate as they may seem. When you drill down into the core of even the most solid-looking material, separateness dissolves. All that remains, like the smile of the Cheshire Cat from Alice in Wonderland, are relationships extending curiously throughout space and time. These connections were predicted by quantum theory and were called “spooky action at a distance” by Albert Einstein. One of the founders of quantum theory, Erwin Schrödinger, dubbed this peculiarity entanglement, saying “I would not call that one, but rather the, characteristic trait of quantum mechanics.”

In this conversation with host Michael Lerner, Radin describes the surprising reach of the substantial scientific literature on psi phenomena, and wonders whether psi phenomena are not ultimately an example of the universe talking to itself. 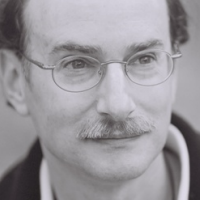 Dean is chief scientist at the Institute of Noetic Sciences (IONS) and Adjunct Faculty in the Department of Psychology at Sonoma State University. Before joining the research staff at IONS in 2001, he held appointments at AT&T Bell Labs, Princeton University, University of Edinburgh, and SRI International, where he worked on a classified program investigating psychic phenomena for the US government. He is author or coauthor of more than 200 technical and popular articles, a dozen book chapters, and three books including the award-winning The Conscious Universe (HarperOne, 1997), Entangled Minds (Simon & Schuster, 2006), and most recently, Supernormal (Random House, 2013). Find out more about Dean on his website.