Almost Nothing: The 20th-Century Art and Life of Józef Czapski and Lost Time: Lectures on Proust in a Soviet Prison Camp

Bolinas friends with shared Commonweal history, Michael, and Eric will speak about a wide range of topics raised by Czapski, including history, creativity, spirituality, and the idea of a moral compass. 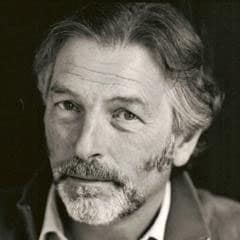 A Fellow of the Czeslaw Milosz Institute at the Claremont Colleges, Eric Karpeles has given the Amon Carter Lecture on the Arts at the Harry Ransom Center in Austin, worked as a volunteer ambulance driver, spoken on Proust at Berkeley and the Boston Museum of Fine Arts, walked from Bath to Oxford, interviewed composer/lyricist Stephen Sondheim onstage, and collaborated on a book of mathematical equations and Hebrew references used as a prop in a film by the Coen Brothers.

Karpeles studied at the Art Students League of New York as a boy and was awarded a residency at the Cité des Arts in Paris as a young man. A voracious reader whose idea of hell is being on public transportation without a book, he likes to cook, or, perhaps more tellingly, he likes to eat. He once had tea with Indira Gandhi and has lived with the same man for forty years.