Join TNS Host Steve Heilig for a conversation with David Smith, co-founder of the Haight Ashbury Free Medical Clinic in San Francisco on Haight Street. David served as medical director at the clinic for 39 years, which was originally founded as a response to the medical needs of thousands of young people who descended upon San Francisco for the Summer of Love.

The clinic was initially funded through proceeds of benefit concerts, many of which were organized by Bill Graham, with bands such as Big Brother and the Holding Company, Creedence Clearwater Revival, Ravi Shankar, and George Harrison. Read more about David in a recent San Francisco Chronicle article. 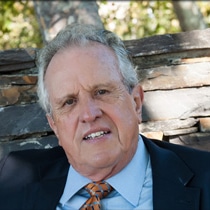 David is a medical doctor specializing in addiction medicine, the psycho-pharmacology of drugs, new research strategies in the management of drug abuse problems, and proper prescribing practices for physicians. He is the founder of the Haight Ashbury Free Clinics of San Francisco, a fellow and past president of the American Society of Addiction Medicine, past president of the California Society of Addiction Medicine, past medical director for the California State Department of Alcohol and Drug Programs, past medical director for the California Collaborative Center for Substance Abuse Policy Research, and a Distinguished Fellow of the American Society of Addiction Medicine. David is also an adjunct professor at the University of California, San Francisco and the founder and publisher of the Journal of Psychoactive Drugs.