Join TNS Host Michael Lerner for a short conversation with two bird-loving artists very familiar with the feathered residents of West Marin County, CA, and beyond: Pete Myers and Keith Hansen. This conversation took place during an artists reception for Pete and Keith called Surf to Sierras and Beyond—a unique pairing of photographs with watercolor, graphite, and colored pencil by two bird lovers who have explored the world, as well as West Marin County, to bring the beauty, detail, and diversity of bird life to this show. 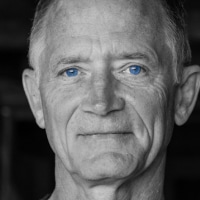 Pete is founder and chief scientist of Environmental Health Sciences and a trustee of the Jenifer Altman Foundation. He has been photographing birds for more than 40 years. His images and writing about birds have been published in numerous venues, including Audubon, Natural History, and American Birds, magazines, plus numerous publications in the scientific literature. He is the co-creator of BirdsEye, the birding app that uses data from the Cornell Lab of Ornithology to help birders find birds. The app was highlighted by the New York Times as “app of the week” in 2009. Pete is an international authority on endocrine disruption and was co-author, along with Theo Colborn and Dianne Dumanoski, of the seminal book Our Stolen Future. He received a Ph.D. from U.C. Berkeley for ecological studies of shorebirds, including years of research on sanderling along the sandy beaches of northern California, including Point Reyes and Bodega Bay. 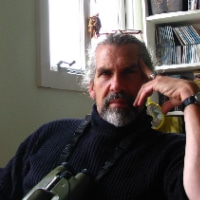 Keith took up illustrating birds in 1976, his senior year of high school. He explored much of California as a young man, expanding his explorations toward Mexico and Central America, the tropical Pacific aboard a NOAA research vessel, and then a foray to the Andes, the Galapagos, and the Amazon of Ecuador. As a visitor and volunteer for the Point Reyes Bird Observatory, he was introduced to the breathtakingly beautiful region of Marin County’s Point Reyes Peninsula. Keith has created bird illustrations for books, scientific journals, magazines, newsletters and logos. His most recent endeavor has been a 14-year project illustrating a book entitled Birds of the Sierra Nevada: Their Natural History, Status and Distribution authored by Ted Beedy and Ed Pandolfino. Keith lives and works in Bolinas, where people are welcome to visit his studio and view his originals, and purchase prints.