Join TNS Host Michael Lerner in a conversation with Patrick Holden—British biodynamic dairy farmer and advisor to the Prince of Wales.

Patrick grew up in London but was deeply influenced by a year he spent in California at the beginning of the seventies. He returned to the UK to study biodynamic agriculture and started a community dairy farm in West Wales in 1973. It is now the longest established organic dairy farm in Wales, with a herd of 75 Ayrshire cows – the milk from which is made into raw milk cheese by his son, Sam. 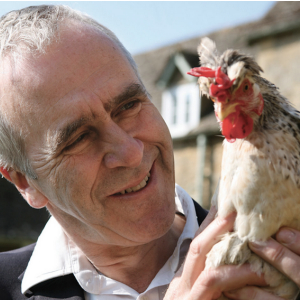 Patrick is the founding director of the Sustainable Food Trust. Between 1995 and 2010, he was the director of the Soil Association and became a much sought-after speaker and campaigner for organic food and farming. He spearheaded a number of prominent food campaigns around BSE, pesticide residues and GM food. More recently, he was a member of the UK Government’s working group on the Foresight Report into Future of Food and Farming and is advisor to the Prince of Wales International Sustainability Unit.