~No podcast or video available~

One knows oneself only insofar as one knows the world, becoming aware of it only within oneself and of oneself within it. Each new subject well observed, opens up within us a new organ of thought.   – Goethe

An essential task of our time is to embrace and cultivate a style of thinking that is true to life, that is continually creative, moving, and stable: a thinking that is an expression of life, meaning a thinking that is beautiful and inherently satisfying. Though mostly unrecognized, Goethe accomplished this task. Rudolf Steiner, the first editor of Goethe’s collected scientific writings, took it as his essential task to clarify and bring forth Goethe’s method. That method and the insights gained from its application became the basis of Steiner’s thinking and vast life-serving accomplishments.

In this next conversation between TNS Host Michael Lerner and John Gouldthorpe—a part of our Archetypal Psychology Series—they will explore Goethe’s romantic sensibility primarily through Steiner’s first book, Goethe’s Theory of Knowledge. 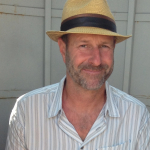