Kai Lee, Ph.D., has written a beautiful book called The Gyroscope and the Compass: Integrating Science and Policy for the Environment about real-world work toward sustainability. “I have come to think of science and democracy as compass and gyroscope—navigation aids in the quest for sustainability,” he writes.

Join Michael Lerner for a conversation that explores the interface of science, policy and large-scale philanthropy. 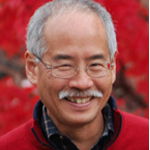 Dr. Kai Lee joined the David & Lucile Packard Foundation in June 2007 as program officer with the Conservation and Science program, where he is responsible for the science subprogram. Before joining the foundation, Kai taught at Williams College from 1991 through 2007, and he is now the Rosenburg Professor of Environmental Studies, emeritus. He directed the Center for Environmental Studies at Williams from 1991–1998 and 2001–2002. Lee also taught from 1973 to 1991 at the University of Washington in Seattle. He holds a Ph.D. in physics from Princeton University and an A.B., magna cum laude, in physics, from Columbia University. He is the author of Compass and Gyroscope (1993) and coauthor of the National Research Council study, Our Common Journey (1999). He is a National Associate of the National Research Council. He is a member of the National Academies Roundtable on Science and Technology for a Sustainability Transition, and served most recently as vice-chair of the National Academies panel that wrote Informing Decisions in a Changing Climate (2009). Earlier, Lee had been a White House Fellow and represented the state of Washington as a member of the Northwest Power Planning Council. He was appointed in 2009 to the Science Advisory Board of the U.S. Environmental Protection Agency.