When Sarah Hobson travels in the developing world and sees green hills, she wants to walk into them. She is drawn to peasant villages untouched by modern life. In the 1970s Sarah disguised herself as a boy and traveled through Iran alone. She wrote a book about it. As a documentarian, writer, and foundation director, Sarah has devoted herself to women in peasant communities around the world. Now executive director of the New Field Foundation, she is supporting village women in Sub-Saharan Africa in their quest for sustainable livelihoods. In this interview at The New School at Commonweal, Sarah talks with Michael Lerner about her adventures, her philanthropic strategy, and her efforts to balance family and work. 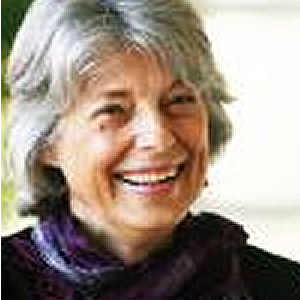 Sarah is a writer, documentary film-maker, and foundation director. A West Marin resident, Hobson is author of Through Iran in Disguise and executive director of  New Field Foundation, which supports rural women creating change in sub-Saharan Africa. Hobson previously served as executive director of International Development Exchange (IDEX), partnering with community organizations in Asia, Africa, and Latin America on grassroots economic development. She is founder and trustee of Open Channels, a British nonprofit working with indigenous peoples in Africa to define their lands, resources, and rights. Hobson is author, contributor and editor of eight books and producer of many documentaries for television. She is a mother and grandmother, with a strong sense of the critical issues facing the world today.