Point Reyes Books is a thriving bookshop and cultural center in Western Marin. How does it thrive in the era of the “death of print” and the internet age, in a town of only hundreds?

Steve Sparks and Molly Parent, who have owned and operated Point Reyes Books since January 2017, tell us, and discuss trends in publishing, selling, and more. They also share some of their own personal favorite titles. Book addict and critic and TNS host Steve Heilig interrogates them. It was literary and illuminating! 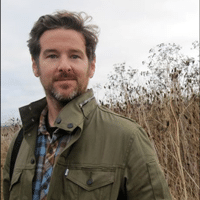 Stephen was a manager and new book buyer at Green Apple Books in San Francisco for nearly ten years. In 2014, he opened and ran Green Apple Books on the Park, the newest branch of the 50-year-old institution. Stephen is a member of the steering committee for the Bay Area Book Festival, and serves on the boards of Dorothy, a publishing project, Open Letter Books, and the Center for the Art of Translation. He has served as a juror for various literary prices prizes, including the Best Translated Book Award, the ABA’s Indies Choice Award, and two NEA juries.

His writing has appeared in the Paris Review Daily, Music & Literature magazine, Tin House, BOMB, and The Scofield. He is the editor of a series for Literary Hub about bookselling in the 21st century, and is currently writing a book about fog. 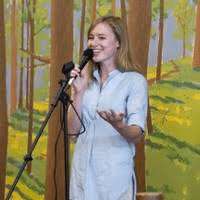 Molly worked at Green Apple Books from 2009 to 2012. When she’s not at the bookstore on Saturdays or bookselling behind-the-scenes at home, Molly is the Programs and Communications Manager at 826 Valencia, a nonprofit organization in San Francisco dedicated to supporting under-resourced students with their writing skills. Since 2012 Molly has worked both in programs and in communications for the organization. She has been the editor of the 826 Quarterly and 642 Big Things to Write About: Young Writer’s Edition, among other titles published by 826 Books.