Join TNS Host Michael Lerner in conversation with Dick Russell, author of the first volume of what promises to be the definitive biography of the psychologist James Hillman (1926-2011), the founder of the field of archetypal psychology. Hillman studied and taught at the Jung Institute in Zurich. He went on to critique Jung while also acknowledging Jung’s critical importance to his thinking. After leaving the Jung Institute, he discovered the Renaissance Florentine Marsilio Ficino (1433-99), who had translated Plato into Latin and whose Florentine academy sought to emulate Plato’s academy. Ficino was among the important influences on Hillman’s archetypal psychology.

Hillman’s landmark Re-Visioning Psychology was nominated for a Pulitzer Prize in 1976.

This is one of an ongoing series of New School conversations on archetypal psychology and archetypal studies. 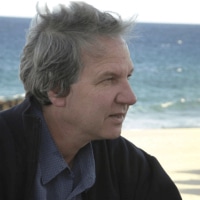 Dick has published eleven books, ranging from environmental subjects to the genius of African-Americans and the assassination of President John F. Kennedy. The Life and Ideas of James Hillman, Volume One: The Making of a Psychologist was published in 2013. The authorized biography emerged out of a friendship between Russell and Hillman, who granted many hours of interviews but gave the writer complete freedom to reach and publish his own conclusions. Hillman is not well known in the United States (his book The Soul’s Code was his only best seller). But among those interested in depth psychology, his more than twenty books have been a major contribution. For anyone with a serious interest in Hillman and archetypal psychology, Russell’s biography is required reading.