Join Michael Lerner in a conversation with Thomas Kirsch about The Red Book, Carl Jung’s richly illustrated record of his descent into his inner world, created in a period of personal crisis following his break with Sigmund Freud. Published in 2009 for the first time, The Red Book has been a surprise best seller and reviewed in major periodicals around the world. Thomas Kirsch has a deep knowledge of Jung and the Jungian movement. Born to two first generation Jungian analysts, Kirsch knew Jung as a child. He has served as president of the C.G. Jung Institute of San Francisco and the International Association of Analytical Psychology. He taught Jungian psychology in the Department of Psychiatry at Stanford Medical Center for many years, and is the author of an acclaimed study of the Jungian movement, The Jungians. 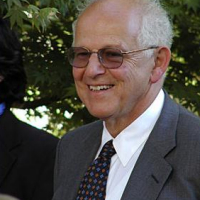 Thomas is the son of two first generation Jungian analysts, James and Hilde Kirsch, who began their analytic work with Jung in 1929. Through his family he met many of the first generation of Jungian analysts. He is a graduate of Yale Medical School (1961) and completed his psychiatric residency at Stanford Medical Center in 1965. A graduate of the C.G. Jung Institute of San Francisco, he has served there in many capacities, including being president from 1976 – 1978. Author of many papers on dreams, history of analytical psychology, and the analytic relationship, and editor of Jungian sections in encyclopedias and psychoanalytic dictionaries, he has now written a book on the history of analytical psychology.