Join us for an intimate conversation with Michael Lerner, Commonweal President, and the acclaimed Janie Brown, founder of Callanish Society, a grassroots non-profit organization in Vancouver, BC, for people living with, and dying from, cancer.

In this conversation, we explore:

The personal impact of intentional healing in removing obstacles and supporting healing in every possible way.

How to set the conditions for healing in the retreat setting.

How radical acts of love can promote healing up to the moment of death. 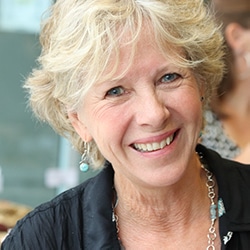 Janie Brown RN, MSN, MA was raised in Scotland and educated with a masters in psychology at St. Andrews University, and then a masters in nursing at the University of British Columbia, Vancouver, Canada. She worked for many years as an oncology nurse and clinical nurse specialist at BC Cancer in Vancouver. In 1995, inspired by the Cancer Help Program at Commonweal, she founded the Callanish Society, a grassroots non-profit organization for people living with, and dying from, cancer, based in Vancouver. She co-produced a documentary film: I’m Still Here: Young Adults Living Life with Recurrent Cancer.

Michael Lerner is president and co-founder of Commonweal in Bolinas, California. He co-founded Commonweal in 1976. His projects include the Commonweal Cancer Help Program, Healing Circles, Beyond Conventional Cancer Therapies, The New School at Commonweal and The Resilience Project. A Harvard graduate, he received a PhD and taught at Yale in the early 1970s before moving to Bolinas, California in 1976. He received a MacArthur fellowship for contributions to public health in 1984. He has been engaged with Integral Yoga since 1982.