In this wide-ranging conversation, we’ll hear from UCSF Associate Professor of Medicine Dr. Rupa Marya along with A-dae Romero-Briones of the First Nations Development Institute discuss efforts around the country to take on the aftermath of centuries of government-sanctioned and led land dispossession and cultural decimation. Together with TNS Host and Author Anna Lappé, Rupa and A-dae will share strategies toward a vision to protect and uplift Native agro-ecological traditions, including efforts to rematriate thousands of acres of land across the country.

Find all three of the conversations in this series here.

Resilience, Roots of Resilience in an Age of Crisis
Agriculture, Environment, Food, Resilience 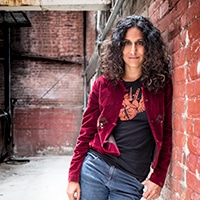 Rupa is a physician, an activist, a mother, and a composer. She is an associate professor of medicine at the University of California, San Francisco, where she practices and teaches internal medicine. She is a co-founder of the Do No Harm Coalition and co-founder and co-director of the California Tribal Fund. At the invitation of Lakȟota health leaders, she is helping to set up the Mni Wiconi Health Clinic and Farm at Standing Rock to decolonize medicine and food. Working with her husband, agro-ecological farmer Benjamin Fahrer and the Association of Ramaytush Ohlone, she is a part of the Farming is Medicine project. Her book on the health impacts of colonialism–Inflamed: Deep Medicine and the Anatomy of Injustice--written with Raj Patel will be out internationally August 2021. 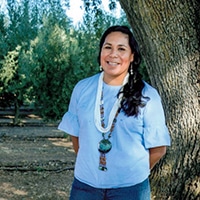 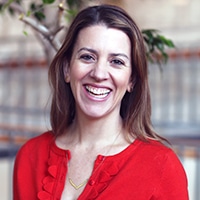 Anna Lappé is a national bestselling author, a renowned advocate for sustainability and justice along the food chain, and an advisor to funders investing in food system transformation. A James Beard Leadership Awardee, Anna is the co-author or author of three books on food, farming, and sustainability and the contributing author to fourteen more. One of TIME magazine’s “eco” Who’s-Who, Anna is the founder or co-founder of three national organizations including the Small Planet Institute and Small Planet Fund. In addition to her work at Real Food Media, Anna developed and leads the Food Sovereignty Fund, a global grantmaking program of the Panta Rhea Foundation.