Join TNS Host Michael Lerner for an exploration of spiritual biography with Rabbi Rachel Cowan, known nationally as a pioneer of contemplative practice in Judaism. Her latest book is Wise Aging: Living with Joy, Resilience and Spirit. 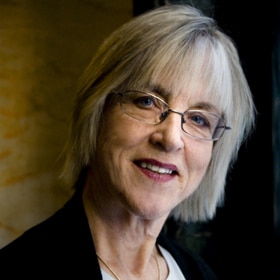 Rabbi Rachel Cowan, formerly the executive director of the Institute for Jewish Spirituality, is working on a special project on aging with wisdom. She was named by Newsweek Magazine in 2007 and in 2010 as one of the 50 leading rabbis in the United States, and by the Forward in 2010 as one of the 50 leading women rabbis. She was featured in the PBS series The Jewish Americans. She received her ordination from Hebrew Union College-Jewish Institute of Religion in 1989. From 1990-2003 she was program director for Jewish Life and Values at the Nathan Cummings Foundation. Her work has been included in Moment and Sh’ma as well as in anthologies, including Illness and Health in the Jewish Tradition: Writings from the Bible to Today, and The Torah: A Women’s Commentary. She is the author, with her late husband Paul Cowan, of Mixed Blessings: Untangling the Knots in an Interfaith Marriage. Her most recent book, co-authored with Dr. Linda Thal and called Wise Aging: Living with Joy, Resilience and Spirit, was published in June 2015.  She lives in New York City, near her two children Lisa and Matt, and four grandchildren – Jacob and Tessa, and Dante and Miles Moses.